Why Rockville's 'Nolitha' is the one

Why Rockville's 'Nolitha' is the one

Khanya Mkangisa has come a long way from her days as a YoTV presenter. She's shaken off her child star image and is fast becoming one of South Africa's favourite actresses.

Khanya now plays Nolitha on Mzansi Magic's Rockville and is doing a great job by all accounts. Positive feedback has always greeted her when the show airs on Sundays. Speaking to ZAlebs about the all the love she's receiving, she said: "The interest the character Nolitha has generated makes it exciting for me to watch each week to find out what is going to happen, even though I already know. The viewers' interest has made it just as intriguing for me too."

Although Khanya perfects her role, she admits that there aren't many major similarities between herself and Nolitha.The only thing they have in common is the fact that they always want to see the best in everyone. Oh, and that they were both born in small towns.

#JB is desperate... The walls are closing in. #RockVille3 8PM tonight. @Shona_Ferguson pic.twitter.com/edAK4wSh4j

On working with Connie and Shona Ferguson, Khanya said: "Even though I didn't get to shoot any scenes with either one of them, I got to watch Shona in action and he is incredibly talented. As a producer, he is very open and easy to talk to. They treat both cast and crew with great respect and I'd work with them over and over again, given the chance."

She described how the powercouple constantly reiteriate their belief that when you respect people, they will respect you back. "The Fergusons are such respectable, honourable people. I'm sure the Rockville cast and crew share my sentiments."

Although she's had the privilege of working with some of the best names in the industry, Khanya feels there's still a long way to go.
"I treat each role as though it were my first - with the same enthusiasm and respect. Acting isn't easy," she explained. Despite the challenges that come with acting, Khanya still manages to captivate her audiences with each role. She believes in working hard at all times. 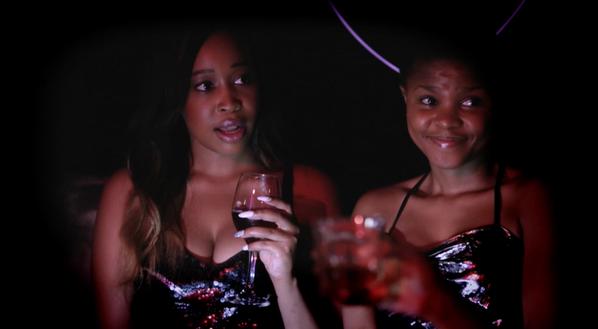 While she's still chasing her other dreams, Khanya realises that she has a lot to be thankful for. She's described working on a star-stuffed series like Rockville with industry greats such as Connie Ferguson, Hlomla Dandala and Terry Pheto as one of her career highlights.

The other highlights? "Being cast on a show I grew up watching - Isidingo - and lastly, in 2012 I was cast in an international BBC series called Mad Dogs III, which was shot in Cape Town. That definitely stood out to me too."